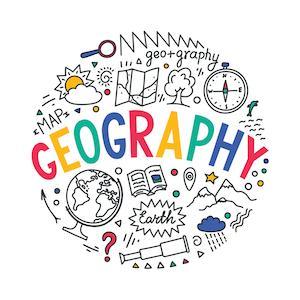 A high-quality geography education should inspire in pupils a curiosity and fascination about the world and its people that will remain with them for the rest of their lives. Teaching should equip pupils with knowledge about diverse places, people, resources and natural and human environments, together with a deep understanding of the Earth’s key physical and human processes. As pupils progress, their growing knowledge about the world should help them to deepen their understanding of the interaction between physical and human processes, and of the formation and use of landscapes and environments. Geographical knowledge, understanding and skills provide the frameworks and approaches that explain how the Earth’s features at different scales are shaped, interconnected and change over time.

The national curriculum for geography aims to ensure that all pupils:

 understand the processes that give rise to key physical and human geographical features of the world, how these are interdependent and how they bring about spatial variation and change over time

 are competent in the geographical skills needed to:

 collect, analyse and communicate with a range of data gathered through experiences of fieldwork that deepen their understanding of geographical processes

 communicate geographical information in a variety of ways, including through maps, numerical and quantitative skills and writing at length

Pupils should develop knowledge about the world, the United Kingdom and their locality. They should understand basic subject-specific vocabulary relating to human and physical geography and begin to use geographical skills, including first-hand observation, to enhance their locational awareness.

Pupils should be taught to:

 name, locate and identify characteristics of the four countries and capital cities of the United Kingdom and its surrounding seas

 understand geographical similarities and differences through studying the human and physical geography of a small area of the United Kingdom, and of a small area in a contrasting non-European country

 use basic geographical vocabulary to refer to:

 use world maps, atlases and globes to identify the United Kingdom and its countries, as well as the countries, continents and oceans studied at this key stage

 use simple compass directions (North, South, East and West) and locational and directional language [for example, near and far; left and right], to describe the location of features and routes on a map

use aerial photographs and plan perspectives to recognise landmarks and basic human and physical features; devise a simple map; and use and construct basic symbols in a key

 use simple fieldwork and observational skills to study the geography of their school and its grounds and the key human and physical features of its surrounding environment.

Pupils should extend their knowledge and understanding beyond the local area to include the United Kingdom and Europe, North and South America. This will include the location and characteristics of a range of the world’s most significant human and physical features. They should develop their use of geographical knowledge, understanding and skills to enhance their locational and place knowledge.

Pupils should be taught to:

 locate the world’s countries, using maps to focus on Europe (including the location of Russia) and North and South America, concentrating on their environmental regions, key physical and human characteristics, countries, and major cities

 name and locate counties and cities of the United Kingdom, geographical regions and their identifying human and physical characteristics, key topographical features (including hills, mountains, coasts and rivers), and land-use patterns; and understand how some of these aspects have changed over time

 identify the position and significance of latitude, longitude, Equator, Northern Hemisphere, Southern Hemisphere, the Tropics of Cancer and Capricorn, Arctic and Antarctic Circle, the Prime/Greenwich Meridian and time zones (including day and night)

 understand geographical similarities and differences through the study of human and physical geography of a region of the United Kingdom, a region in a European country, and a region within North or South America

 human geography, including: types of settlement and land use, economic activity including trade links, and the distribution of natural resources including energy, food, minerals and water

 use the eight points of a compass, four and six-figure grid references, symbols and key (including the use of Ordnance Survey maps) to build their knowledge of the United Kingdom and the wider world

 use fieldwork to observe, measure, record and present the human and physical features in the local area using a range of methods, including sketch maps, plans and graphs, and digital technologies.