This term we are reading the exciting novel ‘Eragon’ written by Christopher Paolini and comparing the novel with the 2006 film version.

The book tells the story of a farm boy named Eragon, who finds a mysterious stone in the mountains. Not knowing the stone’s origin or worth, he attempts to use it as payment to a butcher. A dragon he later names Saphira hatches from the stone, which was really an egg. When the evil King Galbatorix finds out about Eragon and his dragon, he sends his servants, the Ra’zac, to capture them. Eragon and Saphira are forced to flee from their hometown, with a storyteller called Brom, and decide to search for the Varden, a group of rebels who want the downfall of Galbatorix.

All of our writing this term will be based around this story. We will be writing film reviews, persuasive letters, character descriptions and end with our own fantasy adventure story, taking inspiration from the film.

This term, we are covering a range of skills in our Maths lessons including: rounding, estimating, square and cube numbers, number sequences, algebra, 2D shapes, area and perimeter. We will also be revising all areas of Maths as we prepare for our upcoming SAT tests.

***Our Maths Booster classes will begin on 20th January and will run every Monday until our SAT week in May. ***

Remember to practise your times tables at home! On a Thursday we have a times tables test with 100 questions up to 12 x 12. The idea is to beat your score from the previous week!

Our Theme this term is ‘South America’

This unit of work is Geography-based and we will cover the following objectives:

We will begin our term continuing our topic of ‘Light’.

After this, our Science Topic is ‘Evolution and Inheritance’. This unit builds on the children’s learning from the Year 3 Rocks unit as well as the Animals including Humans and Living Things and their Habitats units. As such, it is important that children have the appropriate understanding of fossils, habitats and human development in order to grasp the concepts and ideas presented to them in these lessons. Children will learn about variation and adaptation. They will be able to explore how both Charles Darwin and Alfred Wallace separately developed their theories of evolution. They will examine the scientific evidence from plants and animals that has been gathered to support the theory of evolution. 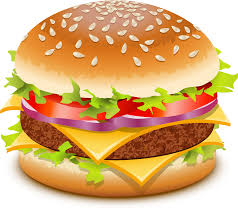 Our Design Technology this term  focuses on Food Technology. We will be exploring the nutritious values of burgers from fast food restaurants and comparing these to alternatives that can be made at home. We will follow recipes carefully to prepare and cook burger patties and a range of sauces, ensuring hygiene and safety rules are fully in place. We will evaluate the suitability of burger buns and look at alternatives for those with allergies. Our topic will culminate in planning, cooking and evaluating a whole burger of our choice.  Yum!

This term, our French theme is ‘Where I live’. We will learn the French vocabulary for different rooms within our houses and the names of countries by parroting phrases and playing a range of games. We will use our language skills to build phrases and write short paragraphs.

Our topics in R.E this term is ‘Creation and Science’. By the end of the unit children will be able to:

Our Music this term is focused around one song: You’ve Got A Friend – a song about friendship by Carole King. We will be using our key musical skills of listening and appraising, performing, composing and improvising. 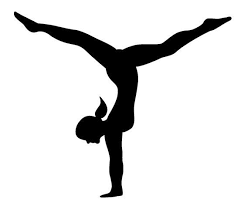 During our P.E lessons this term, we will continue to practise our games skills with dodgeball, athletics and netball. We will also be preparing for the Dance Festival.

In our computing sessions this term, we will be covering an ‘Online Safety’ topic. In this unit about E-Safety, children will be taking a more in depth look at a variety of online safety issues, most of which they will have been familiarized with in previous years. They will be introduced to the idea of the internet, as a type of media, and how it can shape our ideas about boys and girls through stereotypes. Children will be given ways to deal with online content that they find worrying or even believe to be dangerous. We will also use our computing sessions to aid our English and Maths revision for our upcoming SATs tests.